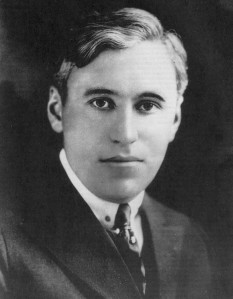 Mack Sennett, the 1st President of the Academy Of Motion Picture Arts and Sciences

Ironically, considering its current prominence in American culture, the origins of the Academy of Motion Picture Arts and Sciences are shrouded in mystery.

Reportedly, in February of 1914, a meeting was held in New York City that led to the founding of the Academy.  While all exact records appear to be lost, it is generally agreed that the meeting was attended by Mack Sennett, Thomas H. Ince, William Randolph Hearst, Charles O. Baumann, John R. Freuler, Samuel S. Hutchinson, Jesse Lasky, William Fox, Adolph Zukor, D.W. Griffith, Cecil B. DeMille, William Kennedy Dickson, Mary Pickford, J. Stuart Blackton, Albert E. Smith, Carl Laemmle, and L. Frank Baum.  By the end of the meeting, not only had the Academy of Motion Picture Arts and Sciences been formally established but producer/director Mack Sennett of Keystone Pictures had been named the organization’s first president.

While the Academy has become best known for hosting the annual Academy Awards, most film historian agree that the awards were originally something of an afterthought.  Instead, the Academy was founded by a handful of producers and other film professionals who were hoping that the organization would help to improve the young film industry’s image and potentially be used as a tool to combat Thomas Edison‘s attempts to monopolize and control all film production in the United States.  The Academy was much more concerned with labor practices and distribution deals than it was with awards.

In another attempt to try to improve the image of the film industry, the first Academy Awards were selected by a jury of prominent and respected men, none of whom were involved with the movies.  The 6-member jury consisted of:

There is some debate as to how involved the members of the jury were in actually selecting the awards, with some historians claiming that the jury did watch every film released in 1914 while others have claimed that the selections were largely made by William Randolph Hearst, Jesse Lasky, and Mack Sennett.

(Among those who felt that Hearst, Lasky, and Sennett exercised undue influence was L. Frank Baum, who was so angry that none of his Oz films were awarded anything that he resigned from the Academy.)

The very first awards ceremony was held on the night of January 15th, 1915, in the Empire Room of the Waldorf Hotel in New York City.  After dinner, guests listened to a speech from Mack Sennett, after which Sennett proceeded to hand out certificates of merits to the honorees, all of whom had been informed of their victory ahead of time.  Reportedly, there were no acceptance speeches.  After the awards had been handed out, Democratic New York State Senator Stanford Von Willken Moore IV delivered a speech on the importance of eugenics, world peace, segregation, and prohibition.

(All films released in the U.S. during 1914 were considered to be eligible.  Only winners were announced)

Dustin Farnum and Lillian St. Cyr in The Squaw Man

Edward S. Curtis for In The Land of the Head Hunters.  World Film.

A scene from In The Land of the Head Hunters

Henry B. Walthall in The Avenging Conscience.  Mutual Film.

Henry B. Walthall in The Avenging Conscience

Blanche Sweet in Judith of Bethulia 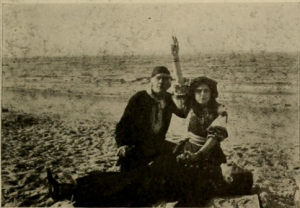 A scene from Mr. Barnes of New York

The Squaw Man is the first western to win the Academy Award for Best Picture.

Both the winner for best actor and for best actress appeared in films directed by D.W. Griffith.

For the first of two times, no nominees were announced before the ceremony.

For the first of two times, no film won more than a single Oscar.

This site uses Akismet to reduce spam. Learn how your comment data is processed.